The Transformational Agenda on January 31, 2020 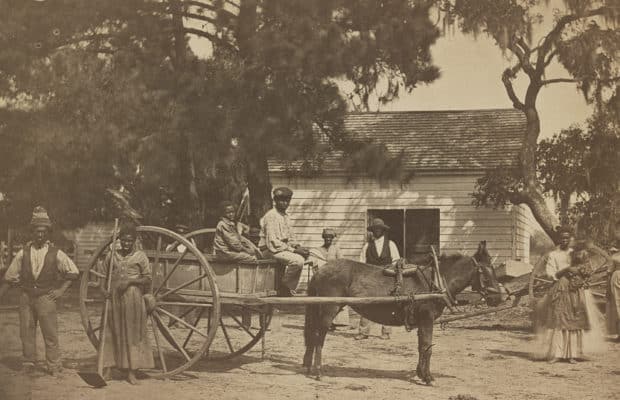 As early as the 10th century, biblical scripture was used to support the claim that Africans were a cursed people fit only for slavery. As scholar Ibram X. Kendi has documented, religion became a more common justification for slavery as national economies grew dependent on maintaining the system of bondage. To protect slavery, the American colonies and later the United States embraced religious teachings that endorsed ideas of black inferiority, approved the inhumanity of chattel slavery, and promised reward [in heaven] to black people who submitted to enslavement.

When slavery began in North America in the 17th century, the lands that would become the United States were colonies held by the British, and British law forbade the enslavement of Christians. Most Africans then practiced Islam or African folk religions — and as Christian missionaries set out to convert enslaved Africans in the colonies, British slave owners worried they would lose their enslaved property if Africans were no longer seen as non-Christian heathens. This fear was realized in 1656 when Elizabeth Key, the daughter of an enslaved black woman and a white Englishman, successfully sued for her and her child’s freedom by arguing that her Christianity should shield her from enslavement. If slavery was to survive, religious teachings would have to adapt.

In 1664-1665, a British minister named Richard Baxter published a treatise encouraging slave owners to convert the enslaved to Christianity and arguing that slavery was a righteous institution that allowed for the saving of African souls — without requiring their freedom. He told his Puritan readers that slavery was beneficial to African people, and paved the way for white people to buy, sell, and abuse African people while maintaining a Christian identity. Compatible laws soon followed.

As the abolitionist movement grew in the North, some openly challenged the church’s tolerance of slavery — but Southern churches, largely dependent on the support of white slave owners, almost never questioned the morality of owning human beings.