Home / 400 Years In Seven Movements / THE ECONOMICS OF ENSLAVEMENT

THE ECONOMICS OF ENSLAVEMENT

The Transformational Agenda on January 31, 2020 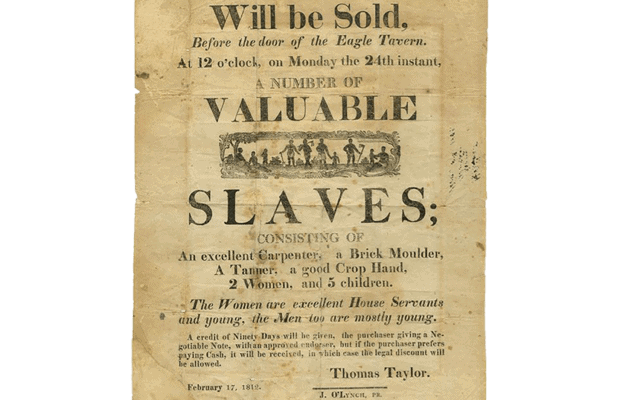 Beyond its benefit to Southern plantation owners, American slavery was a major engine of prosperity throughout the United States and worldwide. The labor of enslaved black people in the United States fueled explosive economic growth and wealth accumulation during the 19th century, particularly within the vast cotton and textile trades. Many Northern businesses and families made wealthy in this era still retain those riches today, and can directly trace their fortunes to the toil of the enslaved.

Values for enslaved people could reach more than $5000, representing more than $150,000 today.

Profits from slavery laid the path for the Industrial Revolution, helped to build Wall Street, and funded many of the United States’ most prestigious schools. Today, slavery is a prominent, though largely ignored foundation, of this nation’s wealth and prosperity. Major companies and universities profited off of the institution of slavery, including Aetna, Inc., New York Life Insurance Company, JP Morgan Chase, Harvard, Columbia, Princeton, and Yale.